During the recording of deposition of a witness can the remaining witnesses be allowed to remain present ?

State Government Employees have to submit property Return every year

Can the minor penalty be imposed simply considering the reply to charge sheet for imposing major penalty , and not holding fullfledged inquiry

The question as to  whether it is obligatory on the part of the Disciplinary Authority to conduct a full fledged departmental inquiry even if, after considering the reply of the delinquent, the authority decides to impose a minor penalty, for which no full fledged departmental inquiry is required., was considered by the Supreme court in the case of  D.H.B.V.N.L. VIDYUT NAGAR, HISAR & OTHERS  V/S  SINGH GULIA.


Yashveer was an employee of Haryana Electricity Board.He was issued a charge sheet for imposing a major penalty. After considering the replies of the employee a minor penalty of stoppage of one  increment without future effect was imposed. An appeal filed by him against the same was dismissed by the appellate authority. Yashvir after ten years filed a civil suit for a declaration that the order imposing minor penalty is illegal and void. The said suit came to be dismissed. An appeal was filed against the said order in the court of District judge.The district judge held that imposition of minor penalty without holding regular departmental inquiry is bad in law and the order of civil judge was set aside and suit was decreed in favour of the employee- Yashvir. Aggrieved by the said order the Board filed an appeal to High Cort of Punjab & Haryana. The high court rejected the appeal holding that the Board should not have imposed the minor punishment without holding full fledged inquiry. Aggrieved by the said order the Board filed an appeal to the Supreme Court.

The Supreme Court after hearing the arguments of both the parties held that the employee was given the opportunity when a charge sheet was issued for imposing major penalty and the Board considering the reply has imposed minor penalty and that no full fledged inquiry is necessary before imposing a minor penalty. The appeal was allowed and the order of the District judge and High Court was set aside.

The above mentioned judgement is available on this blog at serial number 16 in the list  the caption " Recent and Important." the same can be got downloaded, if required.
at 11:43:00 PM No comments: 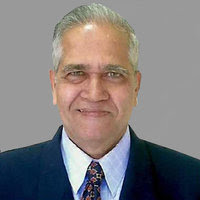